A GENERATION OF MARINE CONSERVATION PROMOTORS C3 Madagascar’s grassroots approach to marine conservation has always been centered around educating and raising awareness from a young age, and this has led to the creation of the Junior Ecoguards network in the schools of key coastal communities. Since 2009, C3 Madagascar works in the North of the island, identified for its rich biodiversity, and has focused its efforts on the protection of flagship species like dugongs, sea turtles, and sharks. The North of Madagascar has received little attention compared to the South, despite being considered a hot spot for marine mammals, reptiles, and sharks.

With the support of a European Union grant under the ECOFISH Programme, C3 Madagascar is helping implement locally driven and managed changes within the coastal communities, tying the conservation of endangered species and habitats with awareness-raising and capacity-building at all levels of the community, from children to fishermen and women, and elders. The NGO has launched a series of illustrated children’s books on endangered species, translated into Malagasy and the local dialect, Sakalava. The readings of the first books of the series, Lala the Dugong, Monie the Sea Turtle, and SOA the Hammerhead shark, have been a success in our 15 schools, disseminated in 3 coastal communities and in Diego-Suarez, which have each been gifted 10 books of the different species. Moreover, to raise awareness durably of the incredible diversity and beauty of the marine environment, the team and the children have just finished painting a marine mural in each of these schools, engaging around 500 students directly and impacting many more, as well as members of the communities.

C3 Madagascar’s initiative with the ECOFISH Programme aims to promote sustainable small-scale fishing through developing and implementing community monitoring protocols, and training fishermen and women to manage their natural resources. Engaging and training youth in becoming environmental ambassadors in their communities is key to helping improve the fishing practices and the sustainable management of small-scale coastal fisheries in Northern Madagascar. 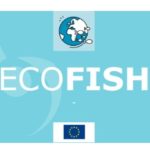 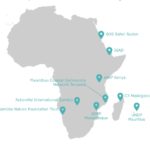 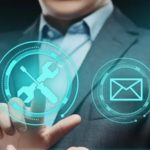